Crossing the Sahara: from Tanger to Dakar.

3600km, plus a bus ride from Meknes to Casablanca, and a train from Nouadhibou to Choum. 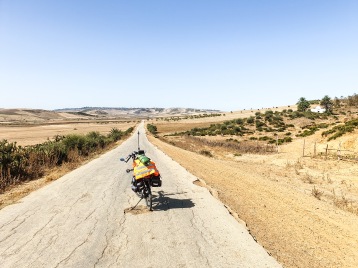 A refreshing pomegrenate, near Meknes, Morocco.

And old Renault 4L. Between Imsouane and Agadir, Morocco.

20 knots of constant tail wind, everyday, always blowing in the good direction: towards South ! Between Tarfaya and El Marsa. 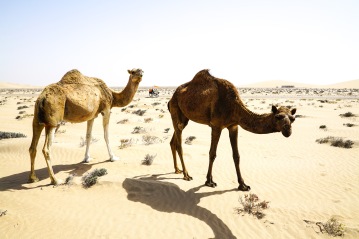 Camels, between Tarfaya and El Marsa.

Between Tarfaya and El Marsa.

Caution : windsocks on the way! 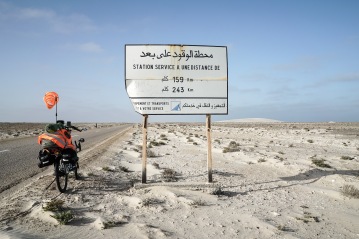 Ready for long distance, not so difficult physically: all flat and strong tail wind, as long you are heading South and not the opposite! On the way to Bir Gandouz, Morocco. 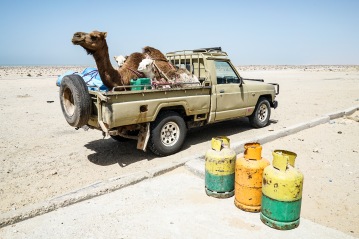 On the way to Bir Gandouz.

Althought the trafic is low, the danger remains: narrow roads, semi trailer trucks, high speed private cars… I used a windsock to be seen from far. Between El Kraa and Dakhla. 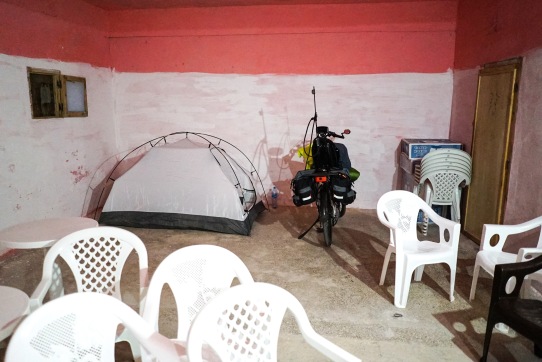 Inside a road café, recommended by the local Police, always helping to find a place to sleep. 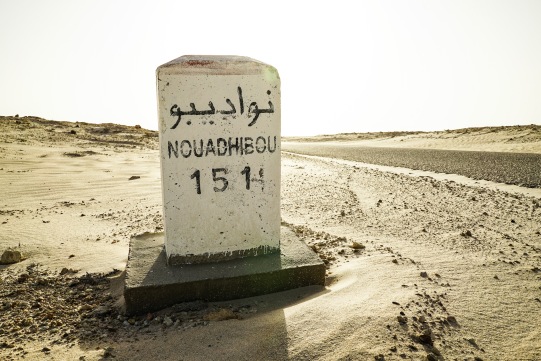 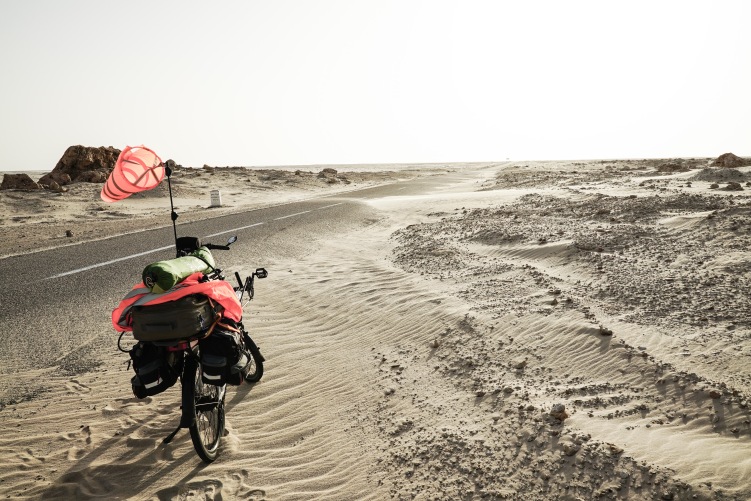 A drilling rig, probably looking for water, near PK55 border. 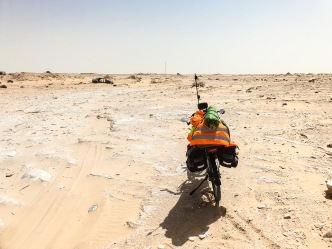 Inside the no man’s land, between Morocco check point and Mauritania PK55 check point.

Remains of a car stuck in the no man’s land. 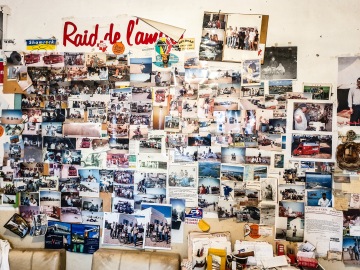 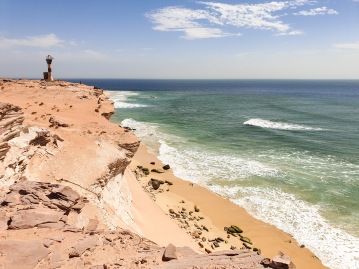 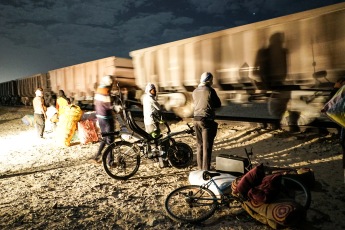 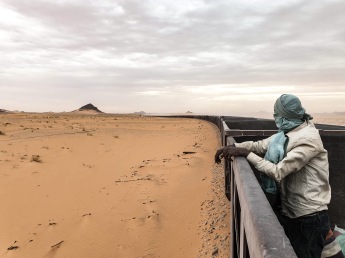 Inside the longest train in the world : 2km length. It carries iron ore, and passengers can climb inside the mineral wagons for free, for a shaking and dusty 9hours overnight ride. Between Nouadhibou and Choum, Mauritania.

Men and women gathering at a traditional wedding. Chinguetti, Mauritania.

The Mercedes is very popular, and surprisingly very agile in sand. Chinguetti, Mauritania.

On the way from Chinguetti to Tergit, Mauritania. 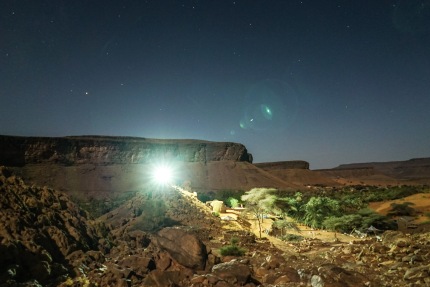 On the way to Nouakchott. Near Akjout, Mauritania. 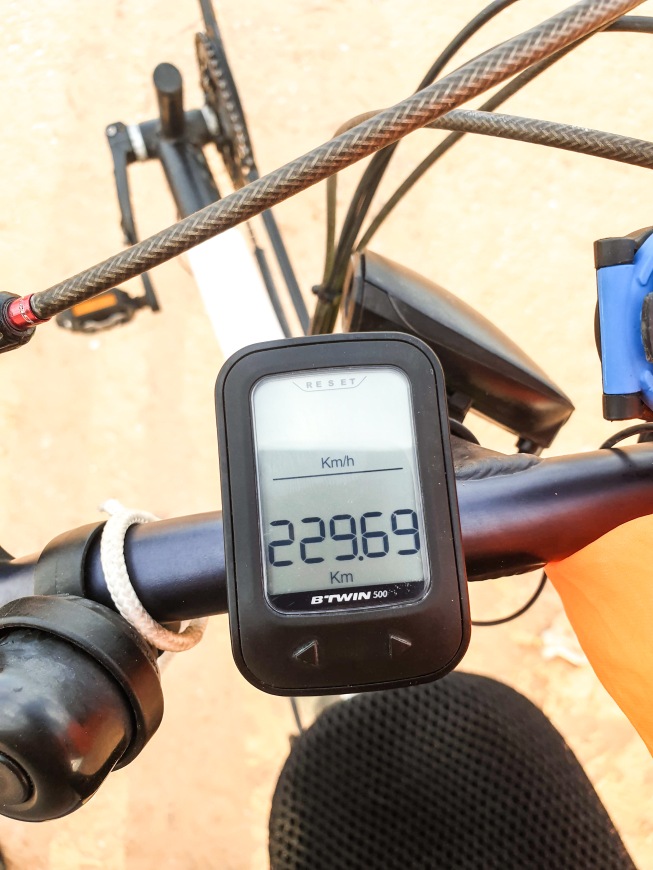 Flat and tailwind: the perfect setup for a personal record, 230km in one day, 10h40min on the bike. Near PK31, Mauritania. 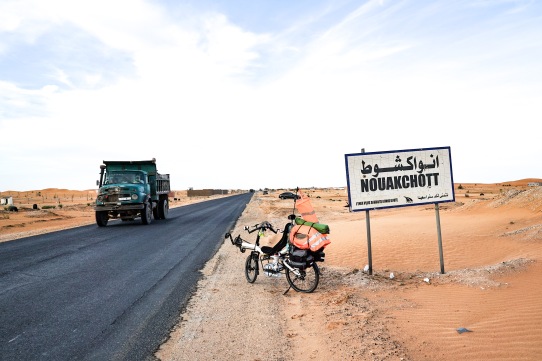 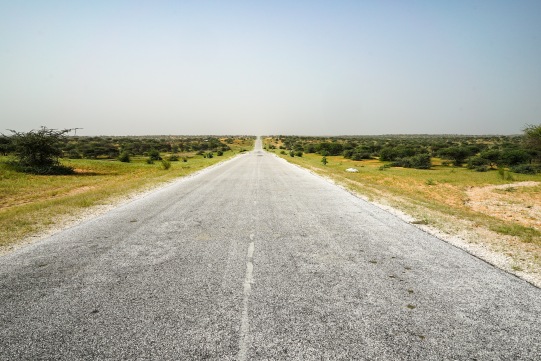 South of Nouakchott, end of the desert!

The road is made of seashells. South of Nouakchott, Mauritania. 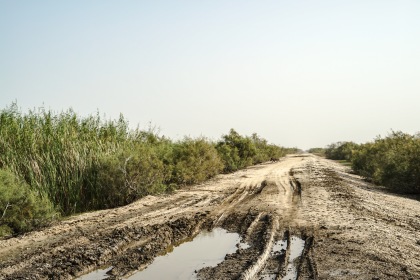